It’s been a long time between In My Kitchen posts hasn’t it?

After the last one in August I came back to Shanghai via a few days in Berlin. Then there was a quick trip to Melbourne to see the folks followed by spending Golden Week in Jordan. And if that wasn’t enough, there’s also been a little blog touch up. Phew.

All I can say is it’s a good job there are lots of goodies {and alcohol} in the kitchen this month to keep me going!

First up is this salted liquorice I brought back from Berlin – it’s like the stuff you get in Ikea but harder.

It’s supposed to be going into a bottle of vodka {thanks again Ikea – the cheapest place in town for Absolut!} but at the rate I’m scoffing it I’ll have to do another Ikea run and use their version instead.

This will be the first vodka infusion I’ve attempted but since I have an addiction to liquorice and I never say no to vodka I thought it would be good place to start. What do you think?

I should hang my head in shame at this really.

I can’t poach an egg to save my life.

Well, not that it’s ever been put to the test or anything but you know what I mean!

The problem is that I like to eat my eggs mixed up – as in scrambled or omelette style so there’s never been any incentive to make poached eggs work. But Rich likes poached eggs so when I saw this in John Lewis in London I thought I’d give it a go.

Not that I have!!!! Yep, it’s been sitting in the drawer since August and no doubt is destined for a garage sale one day…… 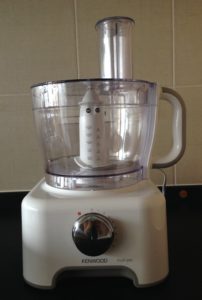 This baby came home with me in a suitcase from Melbourne in September. It was on sale in Myers for $120 and it was the day before I left so I was worried about weight. Which was a bit ridiculous really because Qantas gives all Australian Shanghai Association members an extra 23kg baggage allowance which meant I had up to 46kg to bring back if I wanted.

How disappointed was I when I checked in and I’d missed out on 5kg of extra ‘stuff’ to bring back…..

In my kitchen….are new spice containers 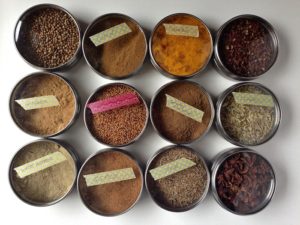 I felt like a right old eejit a couple of weeks back when I was at the Curries for Soul cooking class and asked where Payal got her magnetic containers from. All heads swivelled my way in astonishment that I didn’t know they were from Ikea.

Hmmm, that was quickly rectified and my old plastic Bunnings containers that I’ve had since 2003 were quickly ‘recycled’. 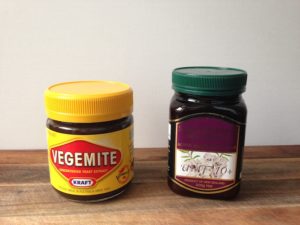 Seriously Shanghai friends WILL YOU JUST STOP LEAVING??! I’m now the owner of an huge pot of Vegemite and Manuka honey from Cathryn who is getting ready to pack up and head home.

In my kitchen is…. 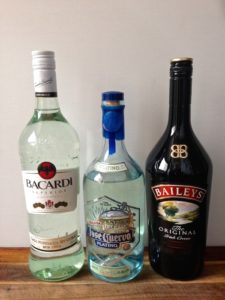 …a huge stash of bottles to ease the pain of friends leaving. Hendricks, Port, Bacardi, Pimms, Tequilla, Baileys, Sake, red wine, white wine….. to name but a few given to us when Liz and Denise left. I’m pretty sure Ava drank all her alcohol on the way out:)

With just myself, Jen and the Cat Lady left now we’ll just have to drink to your good health wherever you all are in the world.

It’s just a shame that Rich and I are doing No-vember which is no alcohol at all for the month!!!

Head over to Celia at Fig Jam and Lime Cordial to see what’s going on in kitchens around the world this month.

Tell me, what’s happening in your kitchen this month?